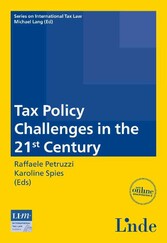 Samuel Mclord Chekpeche was born in 1967 in Ghana. He attended University of Cape Coast where he was awarded Bachelor of Arts Degree in Economics with honours in 2000. He joined the Ministry of Finance and Economic Planning-External Resource Mobilisation Division, Ghana in 2001 and was the acting head of the Kuwait, Saudi Arabia, India and Australia Bilateral Negotiations Desks. This was a post he held till 2005 where he was posted to the Ministry of Manpower, Youth and Employment.

He pursued his Masters Degree at the University of Ghana and was awarded a Masters in Economic Policy Management in 2009. In 2010, he was again posted to the Ministry of Finance and Economic Planning-Tax Policy Unit where he initiated and created the International Tax Desk. At this desk, he succeeded in getting the assistance of the OECD in drafting Ghana’s Transfer Pricing Regulations in 2011. He also led a team which drafted the Electronic Point of Sale Devices Regulations and the Ghana’s Model Double Taxation Convention.

He plans to undertake a one-year programme at the Law School in Ghana where he will qualify as a lower court judge.

Lennart Cherifi received his LL.B. at the University of Applied Science in Wiesbaden in 2009. He thereafter worked as an international tax advisor and accountant for a boutique tax advisory firm in New York City, USA.

Nina Czwalinna received a diploma in German tax law at the Hochschule für Finanzen in Hamburg, Germany. Since 2012, she has been working as a tax auditor for the tax authority of Hamburg.

Ashley R. Holm graduated with a B.S.F.S. in International Politics from the Edmund A. Walsh School of Foreign Service at Georgetown University in Washington, D.C. She received an M.S. in Educational Leadership and Policy Studies from the University of Kansas, and a J.D., focusing on international and comparative law, from Washburn University School of Law in Topeka, Kansas. Most recently, she worked at the corporate headquarters of H&R Block, researching international taxation issues and advising tax preparers worldwide on US federal, state, and local tax law. Before becoming an attorney, she was involved in politics at the national and state levels.

Urszula Jablonska completed her studies at Vienna University of Economics and Business Administration, with a concentration in International Business, particularly in Central and Eastern Europe. She has been working for several years for

internationally operating companies in different countries such as Austria, Germany, Poland, Russia, and France gaining specialist knowledge in the field of taxation and accountancy. Currently, after working experience at Dexia Bank as a head of tax and consolidation, she is facing new challenges, although also a fascinating experience, as a tax manager at Coca-Cola HBC Austria GmbH.

Natália Kasalovská was born in Bratislava, Slovakia. She graduated from the University of Economics and Business Administration in Vienna, Austria. She has been working as a tax consultant in the Czech Republic and Slovakia since 2008. Currently, she is a tax advisor at AUDITOR in Brno, Czech Republic.

Payal Jeet Malli graduated in business management from the Vienna University of Economics and Business. From 2011 to 2013, she worked at PwC as an audit assistant. In 2014, she entered the family business and has been working at Satwinder Malli Kleintransporte.

Giulia Manara was born in Cremona (Italy) in 1986. She obtained her Bachelor’s degree in Economics and Business Law in 2008 at the Catholic University of Milan, and her Master’s degree in Economics and Business Law with a specialization in tax law in 2010 at the same university. Before joining the International Tax LL.M. at WU, Giulia worked as tax advisor specializing in corporate tax. She is currently tax advisor at Studio Legale Tributario in association with EY in Milan (Italy).

Yusuf Wangko Ngantung graduated with a Bachelor of Laws (LLB) degree in tax law from the University of Leiden, the Netherlands and holds an Advance Diploma in International Taxation (ADIT) from the Chartered Institute of Taxation. He has worked for a number of years in a prominent tax advisory firm based in Rotterdam. Currently, he is a tax advisor and a licensed tax attorney at Danny Darussalam Tax Center in Jakart.

Aline Nunes dos Santos completed her Bachelor of Laws (LL.B) at Universidade Federal do Maranhão in 2004, and was admitted to the Brazilian Bar Association in the same year. She obtained her Master’s degree in Brazilian Tax Law (LL.M.) at Pontifícia Universidade Católica de São Paulo – PUC/SP (2009). From 2009 to 2013, she worked as a visiting lecturer at the São Paulo Law School of Fundação Getúlio Vargas (DIREITO GV). Since 2009, she has been working as a lawyer in São Paulo, both in the tax litigation and tax consultant department.

In 2006 he started working in a small corporate finance advisory firm in Milan. Since 2007 he has been working as a tax consultant in Fantozzi e Associati firm andr in a spin-off of that firm in Milan and Lugano (Switzerland). From 2008 to 2012 he was a part-time contract professor in Financial Accounting at Bocconi University. Since 2013 he is also a partner of a small corporate finance advisory in Milan.

His plans for the near future are to continue his consultancy activity, but the following goal is to move into the private equity field.

Elio Palmitessa graduated in 2003 from the University of Turin (Economics and Business Administration). In 2008, he qualified as Chartered Accountant and Statutory Auditor. From 2003 to 2009, he worked as Auditor at PwC Italy. He has been working as tax adviser since 2010. Over the last years he has continued his studies in the field of international tax law, attending a Master in International and EU Tax Law, a Leiden Summer Course in International Tax Law as well as several other courses and lectures.